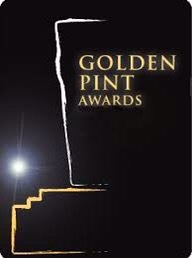 2018 has been quite the rollercoaster for me but I can honestly say that the love and support I have had from my beery friends has dragged me through the worst of times. I won’t name names, they know who they are. Doing these awards reminded me of a popular tweet that went out a few months ago about how when we look back on beer it will be the memories of the people we drank with that we treasure the most not the beer itself (I’m paraphrasing!) and for me that is definitely the case. So here goes:

Best Cask Beer – This year I ordered a cask beer for the first time at a Women on Tap event. Prior to that I had always professed that I would never like cask or smoked beer. (Still can’t see me ever liking smoked beer). Suffragist, a salt caramel stout from Nomadic brewed in collaboration with WOT was amazing and I have gone on to order cask more often as a result of my love of this beer! For that reason it’s my cask beer of the year.

I have to mention the Abbeydale Raspberry and Peanut Butter BA I had at ISBF. So good I went back for seconds and it may have been the reason I ended up losing a fight against a train platform on my way home.

Best UK Keg Beer – I spent most of my summer at Eat North at North Brewing Tap room so it feels like I have mainly drunk their beers this year which is no bad thing! Kurious Oranj is the stand out beer for me. It’s scrummy and fruity and one I can’t resist if it’s on the taps.

Best UK bottled beer – easiest one to choose. Siren – Death by Caribbean Chocolate Cake. A beer I can’t stop thinking about and regret not buying more of. It’s like a warm hug in a bottle!

Best UK canned beer – I have predominantly stayed local with my beer purchases this year. Not for ease I should add but because for me the beer coming out of Leeds at the moment is on fire! The beer I have gone back to over and over is Wilde Child – Opaque Reality. It’s a staple for me and one I regularly buy. Imagine my excitement when they started canning it in 440ml!

Best overseas brewery – Has to be De Molen. I’ve loved everything I’ve had of theirs this year (apart from Salt and Pepper which nearly killed me! Thank god Mike @mikestaproom liked it and took it off my hands). It’s 9am and I’m hungover to bugger but I could still murder a Rasputin right now.

Best overseas draught – On a recent trip to North Bar I had Amundsen Dessert in a Can – Pecan & Maple Pie and it was monumental. My smile literally grew with every sip!

Festival of the year – Up to three months ago I would have screamed Leeds International for this category then ISBF happened. I have literally waxed lyrical about it to anyone who’ll listen (and probably people who weren’t). The whole feel of the festival was a delight from the minute I walked through the door. I probably could write a whole blog about my love of this day but others have put it better. I didn’t queue for a beer or the toilet – which in itself is a miracle at a beer festival. There was music and you could make requests, which needs to happen at all beer festivals I feel. The whole atmosphere was friendly and I literally skipped through the day. I can’t wait to go back next year! I will of course be armed with a spreadsheet for ticking.

Best tap room – North Brewing all day long. I spent pretty much every Saturday there through the summer. I can take my children and they love it too. It’s pretty much my happy place and I can’t wait for Eat North to come back next year.

Best train beer – I’m going with North’s Transmission. The day this went on sale in M&S on 4 for 3 was a magical day. If I were sensible I’d go for something with a lower ABV but as my friend Bianca always says ‘no good story ever starts with the line this one time I was sober’.

And that’s me done! I’m already looking forward to seeing the beery delights that 2019 brings. See you on the other side.